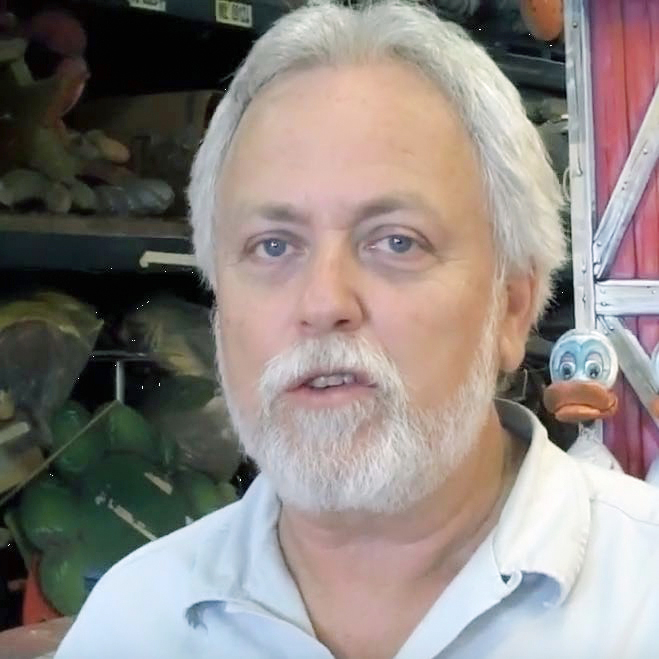 Griffin started his career with the VP Parade as a sculptor in 1970, and was then promoted to the role of designer for the Parade floats. He honed his creative talents designing structural elements of the floats, engineering and building the mechanisms for increasingly more elaborate floats. In his estimation, he completely redesigned the Parade four times, building upon 100 years of St. Louis history, and was instrumental in bringing in the live entertainment elements.

In 1987, Griffin was appointed as the Artistic Director, with responsibility for the artistic and creative direction, and technical aspects of running a parade route. His fondest memories of the Parade were the 20 years he spent rollerblading the entire length of the parade to see the production firsthand, He hung up his rollerblades 10 years ago to work in the broadcast booth, ensuring the quality of the production for the television markets.

As Artistic Director Emeritus, Griffin still plays an active role in the creative direction of the Parade. He has lectured on “Parade Art Culture in St. Louis” at the Contemporary Art Museum Griffin was born in San Francisco and moved to St. Louis when he was 3. He was not interested in art, painting, and sculpture until the age of 20, when he began working on the Veiled Prophet Parade. In his free time, Griffin raises horses and shows his paintings at the Bruno David Gallery in St. Louis.